I Am Not Abraham’s Mistake 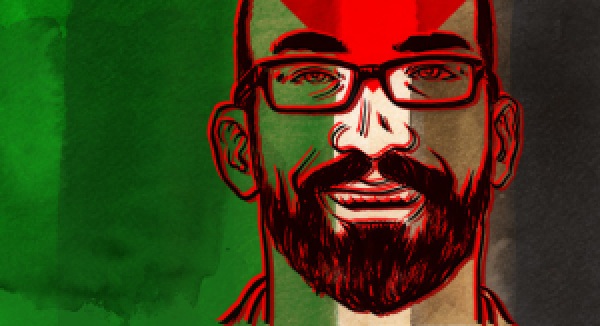 Arabs are not the result of Abraham’s mistake: Derek Rishmawy explains how popular evangelical theology about Arabs contradicts the Gospel.

9/11 was a weird day for me. I was a sophomore in high school at the time [in America] and I distinctly remember thinking to myself, “Oh God, I hope it wasn’t Arabs,” as soon as I heard that a plane had been crashed into the first tower. I’m 3/4 Palestinian and at times have a distinctly Arab cast to me. My last name is Rishmawy. Admittedly it was a selfish thought, but I just didn’t see that going well for me in high school. And I was right.

That afternoon in football practice, upon discovering that I was of Arab descent, a “Palestilian” according to one educated linguist on the team, a teammate of mine took it upon himself to spear me in the back—twice. For those of you who’ve never played, that sort of thing hurts. Thankfully, my coach caught on quickly and put an end to that. Still, for the next few years I was lovingly called “dune-coon,” “sand-nigger,” “Taliban,” “Osama,” and so on by a good chunk of my teammates and friends. And yes, I do mean lovingly. It was wrong, and I don’t really get it, but for some reason racial slurs were a way of bonding in the locker room. Still, it grated on me at times.

As frustrating and awkward as being an Arab high-schooler in post–9/11 America could be at times, given garden-variety prejudices, fears, and ignorance—none of those slurs frustrated me as much as what some of my well-meaning, Evangelical brothers and sisters ignorantly implied: that I and my entire ethnic heritage were an unfortunate mistake—Abraham’s mistake to be exact.

Anatomy of a Mistake: Ishmael the Arab

The first time I was struck by that thought, I was working the front counter at a gym in college. At the time, plenty of the regulars knew I was a Christian and a number were Christians themselves, so we’d chat sometimes about faith, life, and the Bible. In one such front-counter chat, the subject of the end times and the Middle East conflict came up and my lovely, kindhearted brother said something to the effect of, “Yeah, if it weren’t for Abraham’s mistake with Ishmael, this whole business could have been avoided.” I’d like to say that was the only time I’d heard something in that vein, but it wasn’t  In fact, you can hear the same thing implied at churches on Sundays, in Bible studies, and on second-rate Bible and prophecy blogs.

For those of you who don’t get the “Ishmael” reference, he’s mentioning Abraham’s firstborn child by his concubine Hagar. The story goes that Abraham and Sarah were getting impatient about God’s promised child, the one through whom God would make Abraham a great nation, so they thought they’d help him out by having Abraham father a child through Hagar, Sarah’s Egyptian hand-maid (Gen. 16). This caused some family problems that led to Abraham, under some pressure from Sarah, sending Hagar and Ishmael away (Gen. 16, 17, 21). It’s another one of those wholesome family values stories that makes Genesis so uplifting.

What does all of this have to do with the Middle East? Well, in his faithfulness, God promises Abraham that, although Ishmael is not to be the child of the promise, that doesn’t mean he won’t bless him. Indeed he does bless him and makes him the father of many nations, “12 princes” to be exact (Gen. 17:19–21; 21:18; 25:12–18). In the broader Jewish, Christian, and Muslim traditions, Ishmael becomes the father of modern-day Arabs with varying significance attached to the claim. For example, it’s common for Muslim Arabs to claim Ishmael as their ancestor and the original heir of the covenant instead of Isaac, making them the heirs to the Holy Land. Indeed, in much of the popular [American, at least] Christian imagination, this is at the root of the conflict in the Middle East—the conflict between the Muslims’ misguided claim on the Holy Land and God’s irrevocable promise of the land to Israel.

According to my well-meaning brother at the gym and those whom he represents, this whole conflict in the Middle East could have been avoided if Abraham had just been patient and not fathered Ishmael—and the Arabs never existed.

Of course, this remark needs to be set against the broader picture of general post–9/11 fears about Muslim Arabs, and a prevalent popular-level dispensationalism that contributes, not hate of course, but a sort of theologically laced ambivalence toward Palestinians and Arabs as a people group. This ambivalence has a range to it, starting with total ignorance that Palestinian Christians like myself even exist (the shock I’ve encountered in some churches when someone finds out I’m a Palestinian and a Christian can be pathetically humorous). Or American Evangelicals tending to identify more with Israelis than the dwindling Christian population still living in squalor on the West Bank. Or worse, seeing them as that group of people cursing God’s chosen Israel. I know of one particular local Orange County pastor who hosts well-attended “prophecy” conferences that, in the course of raising support for Israel, regularly engages in what amounts to fear-mongering about Palestinian/Muslim terrorists and end-times scenarios (that’s where the pop-dispensationalism comes in). None of this should be taken as some bitter, anti-Zionism or a stealth criticism of conservative support for Israel. I’ve grown up decently conservative and so I know some of the complex logic at work—that’s a legitimate policy debate people can have. Once again, I’m simply pointing to some of the broader context in which this kind of remark is made—most of which doesn’t contribute toward creating warm fuzzies for Palestinians and Arabs.

So what’s wrong with this overall picture and the Ishmael comment in general? Well, leaving aside the various technical reasons for doubting the simple identification of the Arabs with Ishmael (biblical, genealogical, geographical, and historical), and the roots of conflict in the Middle East, the main problem is that this sort of comment betrays a seriously shoddy theology in at least a couple ways:

1. God’s Providence. First, it involves a deficient view of God’s providential ordering of history. As remarkable as it seems, God’s hand is never far from any event in human history. Jesus declares that the number of hairs on a person’s head are numbered (Luke 12:7) and that a sparrow doesn’t fall to the ground without God’s consent. OT wisdom reminds us that while you might be rolling the dice in Vegas, they land where God determines (Prov. 16:33). Your parents might have decided to move into the neighborhood you grew up in as a kid, but Paul told the Athenians you got there because God appointed it as the time and dwelling place for you to live and reach out to find him as the source of your life. This is not a denial of human responsibility or the contingency of history, but a reminder that in biblical thought, contingency and freedom are ultimately realities that are upheld, sustained, and governed by God’s fatherly hand. The point is that God was no more caught off-guard by Ishmael’s birth than by Isaac’s. Isaac is the child of the promise, but Ishmael was no accident. Most pro-life Evangelicals would object to thinking of any child as an accident, an unplanned mistake. In God’s ordering of history, no child is to be thought of as an accident—how much less should an entire people group?

2. God’s Purposes. This sort of sentiment also betrays a weak view of God’s intention to bless all peoples through Abraham. God’s original call of Abraham in Genesis culminates in the promise to bless Abraham in such a way that through him all the families on the earth might be blessed (Gen. 12:3). God reiterates this promise in various places, especially in his covenant with Abraham and his seed, or offspring (Gen. 15:18). Paul takes up that promise in his argument in Galatians and shows that its ultimate fulfillment came through Christ, the true seed of Abraham, the faithful Israel through whom the blessings of the covenant would come to the whole world (Gal. 3:15–29). God’s intention in the election of Israel has always been the blessing of the nations and the salvation of the world. The Arabs, descended from Ishmael or not, comprise part of that broader crowd of “all the families of the earth” that God intended to bless through Christ. “All” really means “all” here. If, by faith, an Arab or a Palestinian is united to Christ, then in the body of Christ they “are Abraham’s offspring, heirs according to promise” (Gal. 3:29) in the truest sense, because “there is neither Jew nor Greek, there is neither slave nor free, there is no male and female, for you are all one in Christ Jesus” (Gal. 3:28). At the wedding supper of the Lamb, when members of every “tribe, tongue, and nation” (Rev. 5:9; 7:9) gather to sing the praise of the King, those redeemed from the Arab peoples, descendants of Ishmael or not, will join in the same song, giving glory to Jesus in ways that draw on their particular ethnic and racial particularity—as Arabs and Palestinians. The bottom-line is that thinking of an entire group of people, one of the families of the earth, primarily as an obstacle to peace, instead of as an object of God’s reconciling love in Christ is a sub-Christian view of God’s purposes for the nations in the drama of redemption.

I know I’ve only just scratched the surface of a complex issue. The tangle of ethnicity, Middle East politics, and eschatology in American Evangelicalism won’t be easily solved. What concerns me, and ought to concern you, is whether we in the Church have the proper zeal to carry the Gospel, in word and deed, to all nations and peoples. Do we see all people as Abraham’s potential heirs, as Christ demands? Even Ishmael’s alleged heirs? In generations past, in different parts of the globe, the Church has forgotten, excluded, or considered differing ethnic or cultural groups to be beyond the reach of the Gospel. This must not be the case with our Arab and Palestinian neighbors today.

I guess what I’m trying to say is, at the end of the day, as a Palestinian Christian, I am not Abraham’s mistake: I am God’s choice in Christ. Soli Deo Gloria

Derek Rishmawy is the Director of College and Young Adult ministries at Trinity United Presbyterian Church in Orange County, CA, where he wrangles college kids for the gospel. (Think non-ordained college pastor). He got his B.A. in Philosophy at UCI and his M.A. in Theological Studies (Biblical Studies) at Azusa Pacific University. He loves Jesus and more importantly Jesus loves Him.

This blog initially appeared on Christ and Popular Culture: Where The Christian Faith Meets the Common Knowledge of Our Age. You can also read Derek’s stuff at the Reformedish blog, or follow him on Twitter @DZRishmawy and on Facebook (Facebook.com/derek.rishmawy). Illustration of Derek courtesy of Seth T. Hahne.