Tearing Down Walls to Build up Bridges

When It Gets Personal

I have often found it difficult to reconcile the seeming (yet ultimately superficial) contradiction between interfaith work and personal religious conviction. On the one hand, I have always held to such noble mottos as “tolerance,” “celebrate difference,” “openness,” and “Christ-like love.” On the other hand, I have often questioned how I can truly apply this in my own life when I hold such strong convictions that Christ is the only way towards having a deep relationship with God and that my central mission on earth is the proclamation of the gospel.

Does there exist, therefore, a central contradiction between proclaiming Jesus as “the Way, the Truth, and the Life” and a commitment towards openness and tolerance? Does Christian mission necessarily conflict with interfaith cooperation in a multi-religious world?

Last month, I had the (agonizing) opportunity to examine the sincerity of my mottos and personal convictions at a workshop by local NGO Adyan promoting the Amman Message. The Amman message seeks to raise awareness about the “real Islam,” contribute to good governance, human rights and fundamental freedoms, and to counter the root causes of terrorism and violence. Being Lebanese, I might have thought I already knew everything I needed to know about Islam, but at the workshop I was reminded that I do not in-fact know everything about the 1.57 Billion Muslims in the world.

At the workshop, there were 12 participants from Jordan, Egypt and Lebanon, all from different religious backgrounds. Dr. Nayla Tabara, the Vice-Chairman and Treasurer of Adyan described the workshop by saying:

The moment I entered the room, I was naturally able to tell who was Christian, who was Sunni, and who was Shiite; I assumed that by simply knowing the religious identity of others I am then able to predict their actions and thoughts. In truth, I also felt like a misfit because I noticed within myself the fear of being labelled “a Christian”, because I tend not to think of my faith in Christ as “a religion.” I feared the label, because I felt people would just assume things about me, without understanding what my faith truly means to me. And in the process, I found that what I was afraid of being done to me is exactly what I was doing to others!

I paused… I needed to reexamine my attitude, because I realized that I should stop seeing people from this very narrow, sectarian angle and start seeing them simply as humans, the way Christ himself had done.

We humans, especially us Arabs, enjoy labeling others: Muslim, Christian, non-religious, sacrilegious! It’s as if one’s religious identity can encapsulate the entirety of one’s life experiences, the culture and history of the person in question, and predetermine his or her life choices and preferences. As a result of our presuppositions, we assume, without ever engaging with others, things which may or may not be true. Of this, Dr. Amer Hafi, Deputy Director of Royal Institute for Interfaith Studies – Jordan, said at the workshop:

“Our lack of willingness to know the other makes us think that Christians worship a piece of wood, and Muslims worship a stone, and Hindus worship cows”.

In one of the sessions, Father Agapious Kfoury of Adyan, said:

“How does one open up to the other? It is by sitting down with them and hearing from them”

I didn’t know if I possessed this ability until I actually found myself in a situation where I had to sit and listen to a Muslim scholar promote human values in Islam. My reaction to his talk determined my attitude, and hence the success or failure in my mind of interfaith dialogue.

The conservative will view [dialogue] as inevitably leading to syncretism, whereas the liberal will fear that it be used as a vehicle for polemics. The religious will fear to engage in dialogue, lest it forces them to compromise, whereas the secular will shun it as a platform for the assertion of exclusion. The relativist will use dialogue to flatten out differences, whereas the absolutist will use it to demonstrate the superiority of their own views.

To be true, I did find a few aspects of the Amman Message to be challenging. As much as the message calls for tolerance, respect and mercy, I still find it very challenging that “apostasy” hasn’t been abolished in Jordan, even while this message is being supported by the Royal office! But I at least learned that by changing how I view Islam and Muslim scholars, there was a chance that I could actually communicate my concerns without the other needing to defend himself or his religion.

I was really touched by one of the Christian participants who said that she expects to come out of the workshop able to defend Islam as she does Christianity. She was able to put herself in the shoes of the Muslim who feels like s/he is responsible of every act of violence in the name of Islam, and should therefore write a blog or make a statement to defend his/her faith. 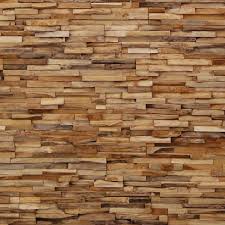 As a devout follower of Christ, I have a mission to approach others with the intention of connecting them to God through Christ. But sometimes we evangelize and are taught evangelistic approaches in such a way that it seems like we are tearing down bridges and building walls.

We have reached a point as churches where we want to build bridges with other communities, yet we have erected huge walls amongst ourselves, between evangelicals, and even between churches of the same denomination. We might fail at our mission because we are approaching the “other” just as we approach those like us. We claim that Christianity is “a relationship not a religion,” yet we act just like “a religion.”

The obstacle in the interfaith dialogue is not Islamaphobia, but the fear from the “other”, no matter who the other is. To a Baptist, the other might be a Pentecostal.  It is the lack of Christ-like love which results in a lack of love for others.

“For God so loved the world that he gave his one and only Son.”