What the Poor Have Taught Me?

Getting the Trinity out of the Ivory Tower

Acceptance of the Other: How Interfaith Dialogue Has Helped One Community Come to Life Again 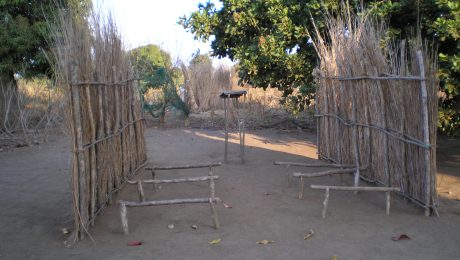 A 2009 study by Tomas Rees on the relationship between poverty and religiousness found that personal insecurity (due to stressful situations, such as poverty) was an important determinant of religiosity.[1] The poor tend to be more religious.

I find the faith of the poor both intriguing and challenging. Intriguing – because I wonder why the poor would turn to God and Christ? Challenging – because they want to know the reality of God made possible in Christ – not a message or a theological proposition.  I would have imagined that they would be angry at God, and blame Him for their circumstances –  for their poverty and the injustices they face. Why would they ask God (or anyone for that matter) for forgiveness, when it would seem that they have been the ones who have been sinned against? From my perspective, it seemed that God has betrayed and failed them.

In a recent project, we asked the poor why they chose to follow Christ. We interviewed forty-one individuals who are either slum dwellers in Bangalore, India or destitute Syrian refugees in Lebanon. All of them had been clearly identified as followers of Christ by Christian workers in the area, attested by the changes in their lives, their hunger for the Word and prayer, their turning away from the god(s) and idols they had worshiped, and their desire and passion to only worship Christ. Some had even been baptized.

When asked how they became followers of Christ and why they chose to worship only Him, most (80%+) spoke about a supernatural encounter with the living God, who had answered prayer, healed them, provided for their daily needs, done miracles in their lives, or spoken to them in a dream or vision. They had cried out to God in the Name of Jesus and He had heard them. This is not the prosperity gospel, as none of those interviewed spoke about wanting to become rich through their access to God. What they were seeking was a God who cared for them in their desperation and destitution. This is what enabled them to live their daily lives with some semblance of dignity. Their understanding and awareness of sin and the need for forgiveness came later as they grew in their faith. Strangely, none of them spoke about liberation, revolution, or trying to change the unjust social and political systems that trapped them in poverty.

Why was I surprised by this?! Ed Rommen, who had been a missionary in Europe, and then became an Orthodox priest upon his return home to the US, writes that too often we have focused on getting the content of the Gospel right – of it being contextualized so that people can understand. Evangelism is too focused on information – ensuring the relevance of the message of the Gospel in different cultures, and very little on the reality and accessibility of the Person of Christ.

“So, whatever it is, contextualization involves mediation, not only of information about God, but the facilitation of a personal encounter with the saving, forgiving, all present, Lord of life, Jesus Christ.”

For Rommen, the Gospel is not merely a message, but a Person. Evangelism has to be more than a verbal presentation of the Gospel. It also involves providing space for people to encounter Christ.

An incident in the life of Jesus brings this into focus. As He approached Jericho, a blind man was sitting by the roadside begging.

What the blind beggar was asking for was not mercy and forgiveness from sin, but mercy from the all-powerful God to deliver him from the crushing bondage of blindness and the resulting curse of poverty. It is not that the poor don’t need forgiveness. It is only as they encounter and experience the living God, that they begin to understand grace and the need for forgiveness. I am realizing that the poor seek a God who is real to them, who would hear them, and care for them. Encountering such a God is Good News to them.

The pastor of the church I attend, this past Good Friday, spoke about how when the curtain in the Temple separating the Holy of Holies was torn in half, it opened the way for us to approach God. It also unleashed God, who had been hidden in the Holy of Holies, into the world. His life-giving presence raised many faithful believers from the dead.

God was now present in the world in a way He hadn’t been since the Fall. The reality of God who is present, who is with us – is absolutely foundational in the biblical narrative. He was there in the garden. When the relationship was broken, He re-establishes His presence in the Temple. And at the end of time “the dwelling place of God is with man” (Rev. 21:3). In the in-between season of the Kingdom being “now but not yet,” God’s presence in this broken world continues through Christ and the Holy Spirit. It is this accessible and compassionate God – Immanuel – that the poor seek. As I listened to the poor, and read and reread the interviews, I found my spirit soaring, realizing how real God is. They reminded me of what Solomon wrote about – what an earthly king should do, and what our heavenly King does.

For he will deliver the needy when he cries for help,

The afflicted also, and him who has no helper.

He will have compassion on the poor and needy,

*Originally posted on Rupen’s personal blog: DasCompassion.wordpress.com. His new book, Strangers in the Kingdom: Ministering to Refugees, Migrants and the Stateless, will be launched next week during IMES’ Middle East Consultation 2017.

Darkness Does Not Tolerate the Light of Truth: Reflections on the Savage Murder of Lokman Slim

One Christ, One Body, but Many Opinions