An Article from ABTS Faculty Walid Zailaa: The Story of Ruth in its Revised Version

From the ABTS Archives: a Newsletter from 1999!

An Article from ABTS Faculty Walid Zailaa: The Story of Ruth in its Revised Version 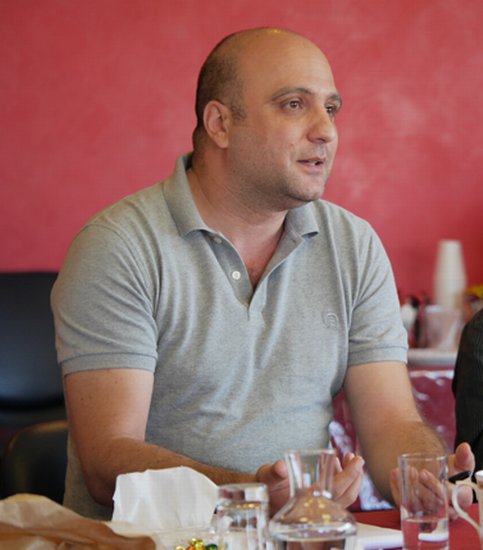 ABTS Faculty member and Head Librarian Walid Zailaa has contributed on Ruth and what the Arab Church can learn from her story today. An ABTS graduate, Walid is now working on his Doctorate of Ministry at Acadia University in Canada.
I lift my eyes from the modern 21st century Middle East to immemorial antiquity, where two women are performing on the stage of history. Ruth the Moabite and Naomi the Israelite are crossing the desert back to Judah from Moab for they have heard that the famine has come to an end and God is providing food in the land of food, in Bethlehem. Because they are vulnerable and in danger of exploitation, the scene of two unprotected widows travelling is unusual. In addition to the suffering of their loss, Ruth is accompanying her mother-in-law to a strange land and strange people. The element of being a stranger, an immigrant, or maybe an expat but more precisely in today’s language a refugee has been purposely repeated in the story; the narrator is constantly reminding us that Ruth is the young Moabite who came with her mother-in-law. Furthermore, we perceive a godly man who is Naomi’s relative stepping in the story; his obedience to the Law is a turning point in the course of events. As the story unfolds, the narrator informs us how Boaz reflects the love of God through caring for the alien widow by allowing her to glean in his field, by providing her a safe environment, and by treating the young Moabite like one of the Israelite citizens. Moreover, Boaz act of kindness and his willingness to redeem Naomi’s land caused the Moabite Ruth in her last conversation with her mother-in-law to “Praise the Living Lord.” The closure of the story depicts the gentile widow as the wife of Boaz and the great-grandmother of King David.
Today, the ongoing crisis in the Middle East has caused many citizens of the neighboring countries, who have heard that it is somehow still livable in Lebanon, to cross the borders seeking for a relatively safer location. Many of the arrivals are women and children who have lost their primary earner, namely the husband and the father. The scene of vulnerable, unprotected widows and children crossing the borders is still unusual in the 21st century. In addition to the ugliness of the war and the suffering they have had, they are in many cases discriminated and labeled as refugees or more politely they are the displaced people. But, in the midst of this turmoil, agony, and misery there is hope. If contrasted with Boaz who acted as a holistic redeemer in the story of Ruth, the church is performing the same key role toward the arrivals from the war zone. Leaving behind deep-rooted historical tensions, the Lebanese church decided to reflect God’s love to the traumatized, poor, and marginalized. Driven by the love of Christ and in obedience to His commandments the church in Lebanon and in collaboration with worldwide sister churches and partners is sowing seeds of love which will change the history of the whole region for good. Ruth the gentile widow who has experienced God’s mercy and care became a key figure in the people of God and a member of Christ’s genealogy (Matt. 1:5); it is a twofold calling, the obedience of Boaz and the response of Ruth. Today, the history is changing radically and a breakthrough is about to take place for many of the arrivals who have been transformed by the love of the Lord embodied in His church will take up a key role in God’s Kingdom as His people. Therefore, it is significant that the church perceives its ministry beyond just a mere daily physical needs fulfillment. God does not only act in the lives of individuals but also in the lives and destiny of whole nations through His body, the Church. A similar scenario is being performed in the region today, as if the story of Ruth is being played again on the stage of history in its revised and updated version.
The spatial aspect of the reader is a vital component on how to approach Biblical texts, in this case Old Testament texts. Teaching Old Testament from a pure intellectual dimension would lead to disconnection between theology and church. But, in understanding our spatial dimension well and incorporate it in our teaching, we are bridging the gap between the two poles which is the core vision of ABTS. In reading the story of Ruth we perceive her suffering as a refugee, widow, and poor different from someone who never met or dealt with a refugee. If we look at the church being blamed for helping strangers while there are many poor Lebanese families who need help, we understand the role of Boaz differently. Therefore, at ABTS teaching is grounded in the context of the learner; ABTS curriculum is designed to be connected with the context of the student and ABTS faculty have a unique knowledge and experience in their Middle Eastern background. The ongoing crisis, war, persecution, martyrdom and suffering have definitely shaped our reading and teaching of the Old Testament at ABTS.