December 2020 Newsletter: A Window into Our New Program

A Time of Consolidation: A New Season Unfolding

Changes and Challenges Facing
the Church in the Middle East

Wissam Nasrallah
COO at LSESD and member of ABTS Leadership Team
December 11, 2020
Chapter seven
The Middle East has been in constant turmoil for the past 60 years. However, we seem to be entering a new phase in Middle Eastern history as recent and decade-old upheavals are changing the face of the region for years to come.
As ABTS embarks on a new strategic direction that aims to “rediscover the mission that God is giving us for this new season” (read all about it here), it is important to also be aware of the major changes occurring around us that are shaping the future of the region we want to serve.
However, given that the Middle East is an eclectic region that encompasses diverse communities, change can be observed on so many different levels. For the sake of brevity, this article will only scratch the surface of four major themes that have structured political discourse on the Middle East and that can help us partially understand the process of change we are currently witnessing. These four themes are current political upheavals in the wake of the Arab Uprisings, the end of oil-based politics and economies, the future of political Islam, and the shift in regional power dynamics.

1. Political Upheavals in the wake of the Arab Uprisings

Ten years since the start of the Arab Uprisings that swept the region in 2010, it seems that the Middle East has gone backward rather than forward in terms of democratic and economic progress. Indeed, countries like Lebanon, Syria, Libya, Iraq and Yemen have become “failed states” due to deadly civil wars and internal strife but also because governments have failed to make adequate progress in civil and economic reforms where corruption is rampant and incompetence in governance seems to be the norm. As a result, the same reasons that triggered the protests, what specialists call the “politics of dignity”, seem to remain salient.
Nonetheless, the Middle Eastern system of states and borders inherited after WWI will most probably remain largely intact albeit with weaker central states and vacuums of central authority in many places. In these areas, political decision-making will most likely become more localized and sectarianized as tribal solidarity and/or local militias with a social arm will replace state services.
In parallel, the Levant still has to cope with unprecedented humanitarian and refugee crises that are adding burdens on stretched and sometimes crumbling state resources and infrastructure. Furthermore, the death and disappearance of hundreds of thousands of civilians as a result of civil war in Syria, Yemen, Libya and Iraq will leave long-lasting scars. These countries will have a major challenge rebuilding and installing a form of government that is inclusive enough to avoid the outburst of violence and grievances that led to war in the first place.

2. Oil Politics and the Rentier State Model: The End of a Paradigm

Oil politics have dominated the narrative around the Middle East since the first oil shock of 1973 when Arab members of OPEC imposed an embargo against the United States in retaliation for its decision to re-supply the Israeli military during the 1973 Arab-Israeli war. With prices increasing by as much as 70%, the embargo strained a US economy that had grown increasingly dependent on foreign oil. However, with the Shale Gas revolution the US has become the world’s largest Crude Oil Producer. In other terms, the US does not “need” the Middle East anymore for oil. This explains part of the retreat from the region that was operated by the Obama administration.
Furthermore, this decreasing need for Middle Eastern oil and oil in general are putting the rentier economic model of many Arab states and its redistribution mechanisms under a lot of pressure. In a rentier system, the state uses rents to fund vast networks of patronage, subsidies and social services to its people. For years, rentierism derived from oil sales or other sources maintained the political and economic status quo in the Middle East with what political scientists call the “authoritarian bargain” where social services and welfare are offered in exchange “for citizens’ quiescence”. It is a model where there is no representation since there is no taxation!
However, with decreasing oil prices and growing populations, rentier states can no longer continue to offer the same level of services and welfare. Economies need to start diversifying and transitioning into more sustainable models. This is what Saudi Arabia has been attempting to do with Crown Prince Mohammed Bin Salman’s Vision 2030.

3. Is There a Future for Political Islam?

Since the creation of the Muslim Brotherhood by Hassan el-Banna in 1928, the idea that Islam is a comprehensive system of life that should regulate all human activity, including politics and society, has had different manifestations. However, the crushing military defeat of Arab states by Israel in 1967 marked the end of Arab Nationalism as the dominant ideology in the Arab world and the start of an Islamic political revival.
In 1979, the Islamic Revolution in Iran with its universal aspirations and social undertones further exacerbated this trend. Indeed, the ensuing competition between this new revolutionary theocracy and the conservative monarchy of Al Saud that is home to the birthplace of Islam, led to an adverse race to show who was the most Islamic. This ideological and socially conservative arms race would eventually impact the region and international politics especially with the defeat of the Red Army by the Mujahidin in Afghanistan thanks to Saudi petrodollars and US support.
For a long time, US foreign policy supported many autocrats in the Arab world who presented themselves as the best antidote against anti-western radical Islamists. The Arab Uprisings and the ensuing instability saw the increased role of Islamist movements in local politics since they were the most organized political groups. However, the failure of the Muslim Brotherhood’s political experiment in Egypt following the military coup in 2013 led Islamist movements in the region to adopt more conciliatory and inclusive approaches in order to avoid repression. Furthermore, the rise and fall of the Islamic State has led Islamist movements throughout the Arab world to distance themselves from militant Islamists. This is what researchers have described as “the twin shocks of the Arab Spring”.
Recent protests in Algeria, Sudan, Iraq and Lebanon are surprisingly marked by the absence of Islamic grievances in the protesters’ demands who were more concerned with unemployment, inadequate public services, corruption, clientelism and poor governance. In other terms, they wanted to have their dignity back and to seek a better life. Whether Islamic movements will thrive in the future depends on the extent to which alternative political movements are able to effectively organize and eventually succeed in the exercise of governance, in efficiently running the economy and in state building.

The US-led invasion of Iraq and the wars that followed the Arab Uprisings have led to new regional dynamics with weakened traditional Arab powers such as Egypt, Iraq and Syria.
However, the US decision to pivot east away from the Middle East towards Asia has shifted the regional balance of power and has allowed new actors to fill the power vacuum. Iran remains committed to reinforcing a “Shia crescent” from Tehran to Beirut, which will exacerbate Shia-Sunni tensions as Saudi Arabia actively tries to limit Iran’s influence by fighting proxy wars. Turkey has extended its reach and influence through military interventions in a neo-Ottoman fashion while Russia’s resurgence enabled it to become a regional powerbroker.
It is unlikely that ISIS will reclaim a territorial Caliphate but will most probably continue existing in the digital realm. Meanwhile, the Sahel is rapidly becoming the new land of opportunity for radical Islamist militants.
The Arab-Israeli conflict has structured Middle Eastern rhetoric for decades. The recent bilateral agreements between Israel and the UAE and Bahrain with Saudi Arabia’s blessing ushers in a new phase for Middle Eastern politics with Iran as the common enemy. The agreements, however, fail to address the conflict between Israel and the Palestinians who view the pact as a stab in the back by Arab countries.
It is against this backdrop that the Church needs to adapt, not only to survive but also to thrive. It cannot remain isolated from what is happening around it while counting on the protection of local autocrats. God is entrusting the Middle Eastern Church to be the light that the region needs desperately. The Church needs to be skilled in understanding its context so that it may see what God is doing in the midst of conflict, and what He is calling it to do in response. Our role at ABTS is to equip Church leaders to understand these realities and to mobilize their church communities to proclaim the Gospel effectively in the midst of this regional disorientation. This is why, as we redesign our programs for the post-pandemic world, we want to remain mindful of the new realities defining our societies and the new challenges that they present to church ministry. Please keep our faculty in your prayers as they finish redesigning the curriculum.
Embed from Getty Images
Embed from Getty Images
Embed from Getty Images
Embed from Getty Images
Embed from Getty Images 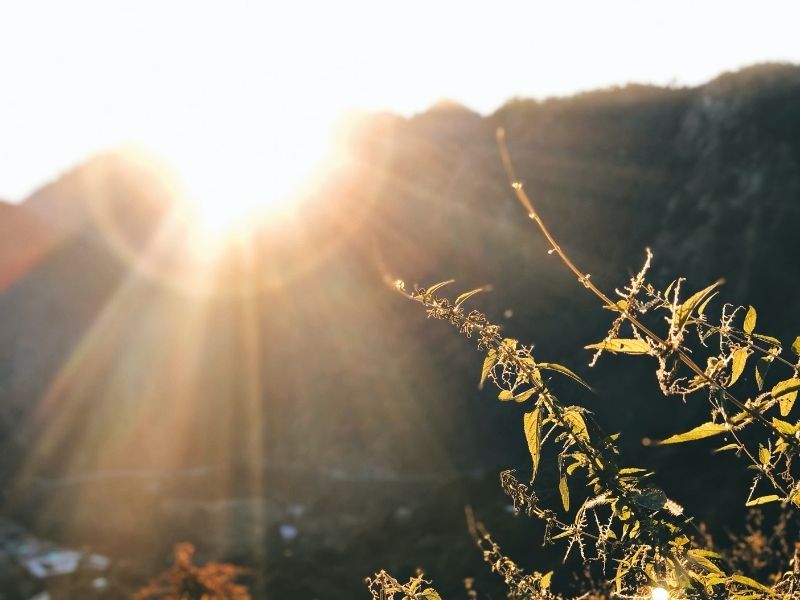