November 2022 Newsletter: He Drew Me And I Followed On

He Drew Me And I Followed On

Some Of Our New Integrated Theology Program Students Tell Their Stories

The unbelieving Pharisees had asked the blind man whom Jesus had healed to give the glory to God by telling the truth. Although he did not fully understand who Jesus was at that moment, he knew one thing: “I was blind but now I see!” Do we ever run out of stories of God’s extraordinary encounters with ordinary individuals? Some are out there for the world to marvel, and many are yet veiled beneath fears of the looming consequences. But these people share one thing in common, the power of Christ has irreversibly changed them.

When I was 16, my grandma died, so when I got my driver’s license, I would often visit her grave. One day, I decided to visit a church by the cemetery and ask about Christ. The priest was uncooperative, but upon insisting, he gave me a booklet to read. That day, I knelt at the altar and prayed to Jesus, “If You are real, please don’t let me be misled, because I came to You, and no one helped me.” I was at a party when I was reminded of my prayer. A friend asked me to read a phone conversation about Christ that she was having with a scholar in religious studies, so I reached out to her and she taught me about Christ and connected me with believers in Bahrain. Later, I accepted Christ as Savior. I currently serve with my home group through outreach and discipleship with a vision of serving the growth of the Church in Bahrain, so I decided to study theology to grow in my faith and understanding of God’s word.

During my teenage years, the youth at church were going through a fifteen-day Bible study series. Every day, we would discuss a biblical character whose life changed upon encountering Christ. By the end of this Bible study series, I had decided to follow Christ with all my heart and to be His witness. But, a while later, I decided to step away from the ministry. I wanted to gain control over my life and make all my dreams come true, but I was dry on the inside. I realized that my place was close to God. Two years ago, the Lord called me and my husband to come to Lebanon and serve those who are far from Christ. I decided to study theology because I felt the need to study God’s word more deeply and to develop my ministry.

My father is a pastor of an episcopal church, but I was not a true Christian growing up. I only went to church to please my father, but the rest of the time, I would hang out with a notorious gang in our neighborhood. Then one night in 2014, my friends and I were chased by the police. I broke into a house thinking I could hide there, but instead, I ended up in the house of a policeman! The policeman offered me protection, and I was able to return home. That night, I couldn’t sleep because I kept hearing God’s voice, and when I woke up, I came to faith in Christ and told my father about it. After that, my father became my primary mentor. Today, I serve children and youth at Sunday school. I also offer discipleship classes, teach young people how to read the Bible, and preach God’s word in several churches. After witnessing the plight of some Sudanese churches because there isn’t enough knowledge of God’s word, I decided to study theology.

I never imagined that I would lose my father in my teens and that my mother would have to raise me on her own. Suddenly, the timid boy that I was turned into an angry rebel against every authority. Years after, I had an acute case of typhoid fever, and I couldn’t get out of bed. But that was when God used a phone call to reach me. It was an old friend of mine. He called to tell me about Jesus, and we prayed together. I earnestly prayed for God’s forgiveness with tears streaming down my face, and that was the start of my story with Christ. I currently serve the Lord through worship and sharing the gospel on social media. God has called me and my wife to make a change in the lives of children and youth where we are in Oman. My thirst to deeply understand God’s word led me to study theology.

In 1989, the war broke out in the Nuba Mountains, and we had to flee to East Sudan without my father. There, we stayed with my grandfather, who would constantly remind us that we are going to hell because we went to church. Years later, I moved to Al Jazeera State and stayed at my uncle’s house to study at university. My uncle was a follower of Christ who held prayer meetings at his home, and the Lord used this to help me grow in Him. Whenever I see homeless children, I remember the war and how we were displaced. That is why I feel called to serve children who are at risk, and recently, with the help of others, we have begun providing scholarships for kids who cannot afford an education. Today, I am the treasurer of the Wad Madani archdiocese of the Episcopal church in Sudan, and because I oversee the work of five districts, I felt the need to be well equipped for such a task.

I was very far from God, although I was born to a Christian family. To me, religion was a set of chores until I gave my life to Christ and became part of His family in the year 2000. This marked a new beginning for me. The Lord allowed me to go through hardships, but after He led me to a ministry in Lebanon and I saw how many people were coming to Christ, I understood that He had a purpose. Today, my life with God is filled with encouraging stories because I pastor more than 250 families with the help of the home group leaders. I have joined the seminary so that I know more about my calling and ministry through which the Lord is using me, and so I can speak to others more clearly and deeply.

After graduating from college, I dreamed of becoming a priest because I had a desire to be close to Christ, but I did not follow through because I wanted a family of my own. Instead, I came to Lebanon seeking better job opportunities. Once, I overheard someone sharing about Christ. I reached out to him, we began to talk, and eventually, I decided to follow Christ. I currently serve the Lord in the Bekaa region of Lebanon in the field of discipleship so that new believers become qualified to disciple others. I also serve the Lord in the field of planting churches that multiply and grow. I decided to join the seminary shortly after believing in Christ because I wanted to be qualified to serve Him.

I was born to a non-Christian family, but when I was six, I began to go to church with my sister, and I accepted Christ as a personal savior at Sunday school. Somewhere in my teenage years, I grew disillusioned with church, but my passion was rekindled after I joined the home church led by two ABTS graduates. At the home church, my faith grew, and I recommitted my life entirely to God. I currently serve with our home church group through our children’s and youth ministries. I feel called to disciple the youth in my church. I want to study theology so I can answer people’s questions about God correctly and share the gospel effectively.

One of my relatives once gifted me a portrait of the Good Shepherd. When a Christian woman visited me and asked me why I had kept it, I said, “Honestly, I love Him so much,” although I did not know Him very much. She began to tell me about Him, and the more she spoke, the more I cried. A few days later, I saw Him in my dream on the cross. I looked up at Him and asked if He was the Christ. He smiled and said yes. I asked Him if what the Bible said was true and He said yes again. That is where my journey of faith began. Since coming to Christ, I’ve felt like the Lord has given me the gift of teaching. I currently serve with my church through leading discipleship groups and providing Christian counselling. Studying through the Certificate in Ministry program helped me grow personally and ministerially. I want to continue pursuing theological education so that I can continue to grow in knowledge of the Lord and His word. *Some of the students’ names were changed for security reasons.
*Some of the students’ names were changed for security reasons. 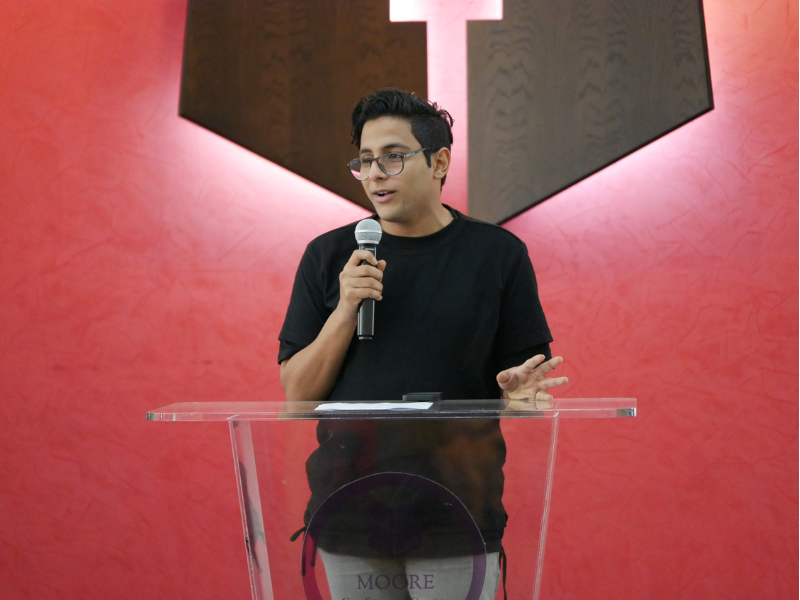 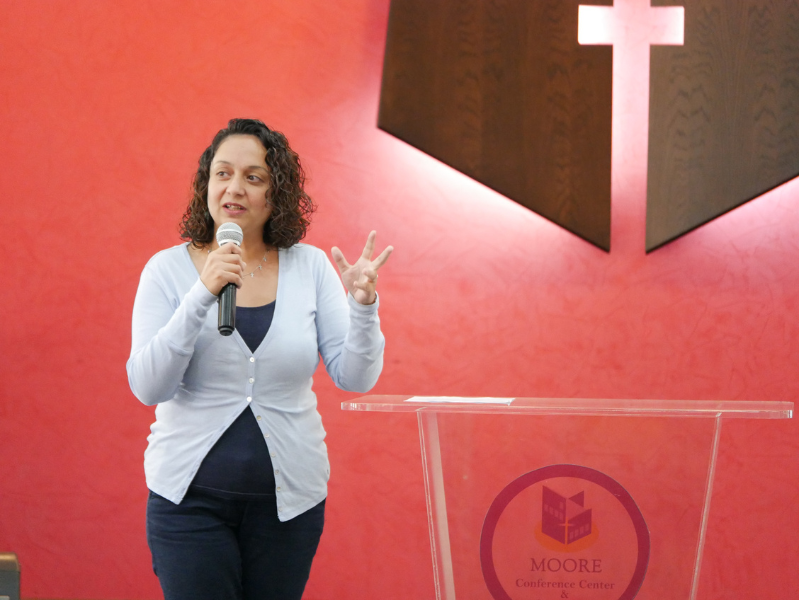 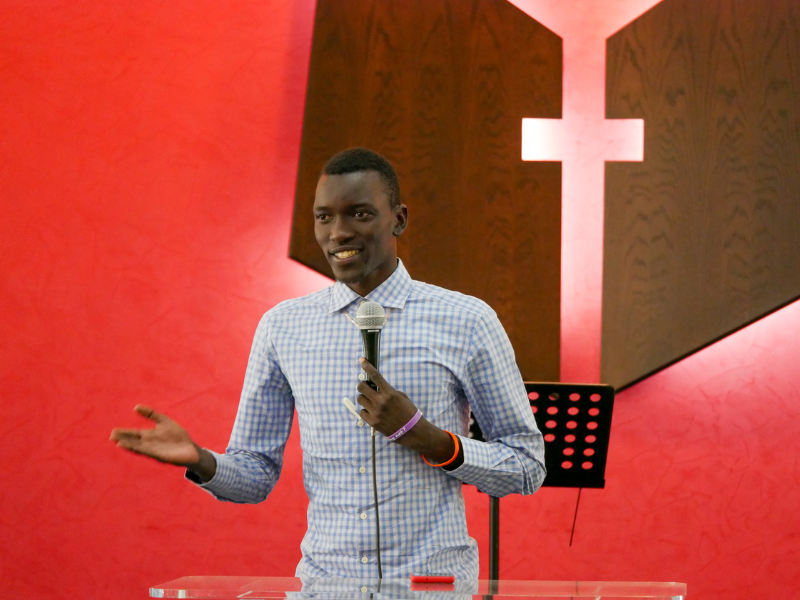 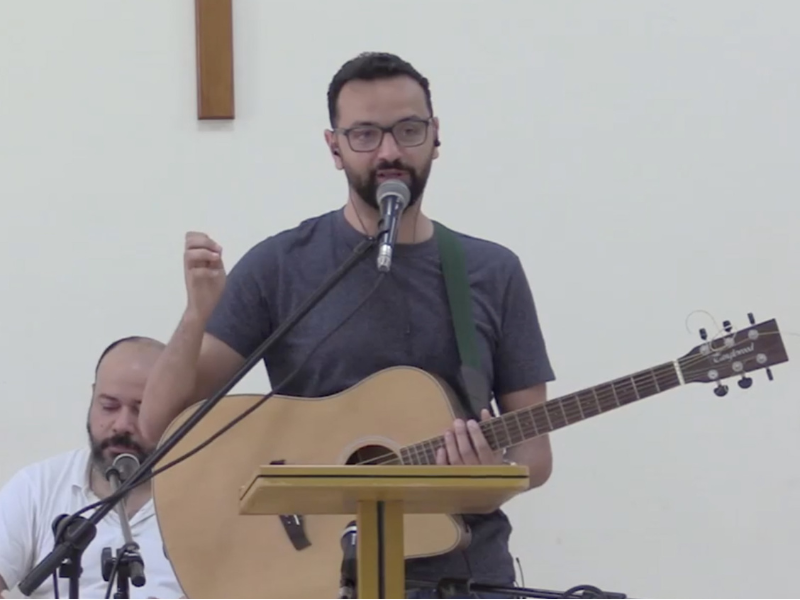 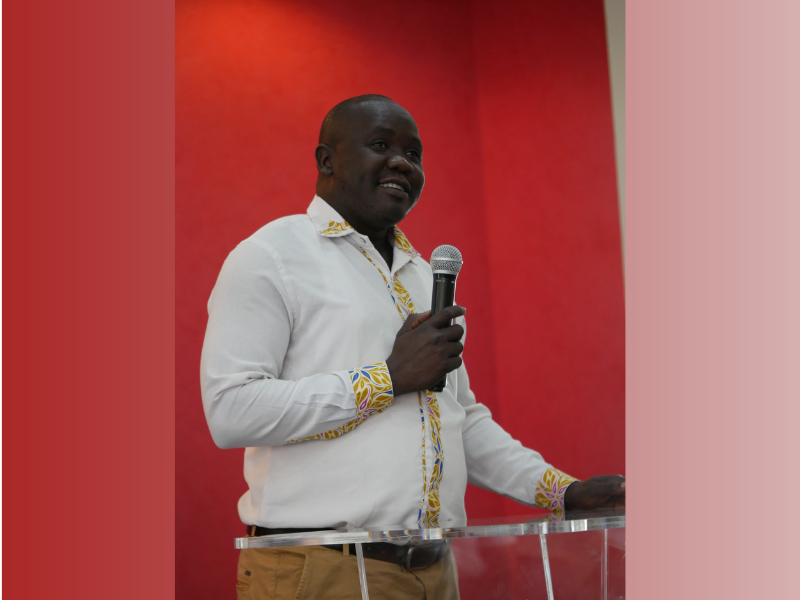 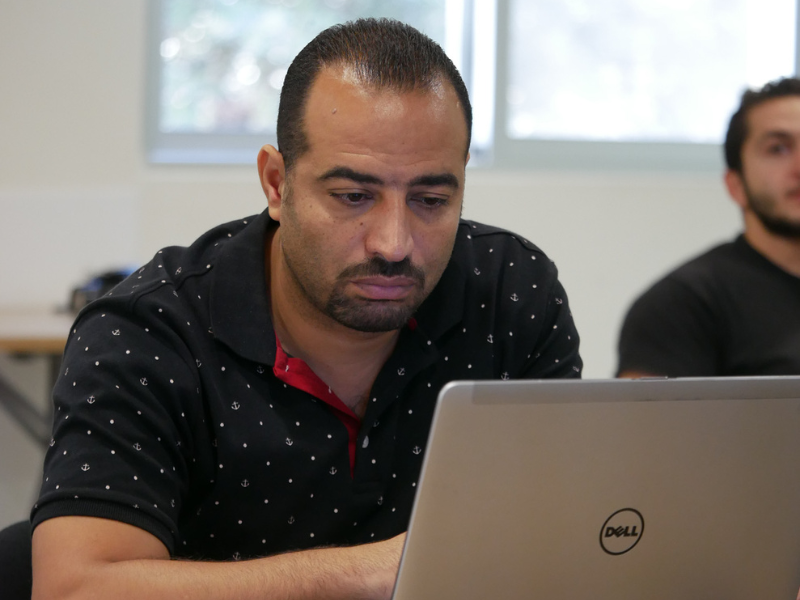 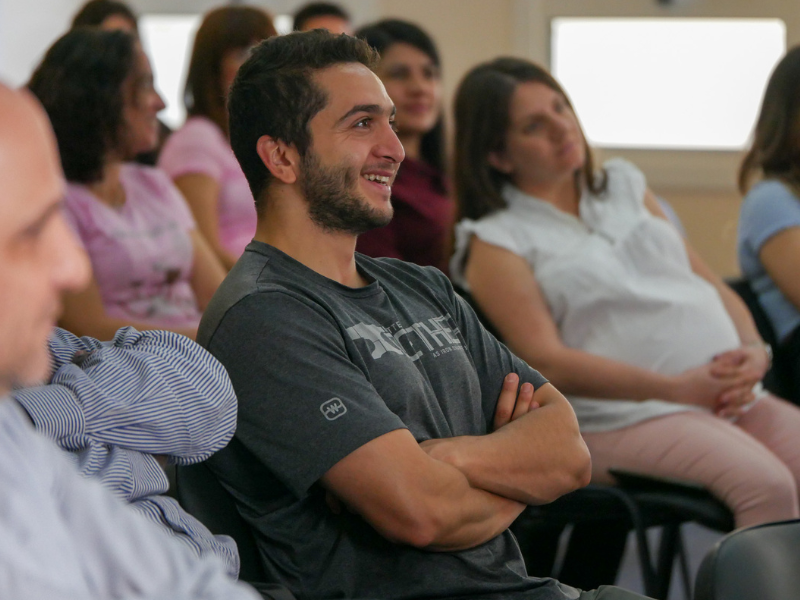 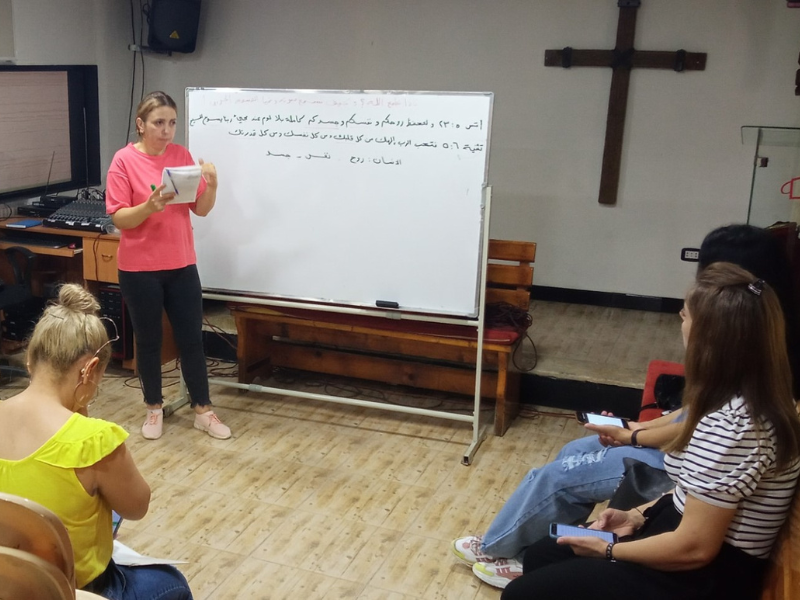 Read our November 2022 Newsletter
Subscribe to our Monthly Newsletter