A Valuable Resource for the Arab Church

From January 10 to 24, MRel students attended the two-week virtual residency for the MENA Christianity module. The residency provided an opportunity for faculty and students to carry out an extensive exploration of the heritage, beliefs, witness, and challenges, seen in numerous Eastern Church traditions. During the residency, students deepened their insights by attending lectures and presentations, reflecting together in discussions, and preparing for their module research projects.
Due to the ongoing pandemic restrictions, students could not be with us on campus. While we are used to having most of the MRel residencies doing field trips around Lebanon, the virtual residency was all “in class”. So, instead of studying the iconostatis (wall of icons used to separate the nave, where most of the worshippers stand, from the sanctuary or the area around the altar) at the Saint Paul Greek Catholic Basilica in Harissa or Our Lady of Balamand Patriarchal Monastery, for instance, MRel students studied the icons virtually over Zoom. “They were very happy, and the feedback was very positive,” Martin Accad, Faculty Lead of the MENA Eastern Christianity module of our Master of Religion in Middle Eastern and North African Studies (MRel) program, shared, “We promised that when residencies are no longer virtual, they could join us in Lebanon for the field visits.”
Students expressed their gratitude for the extraordinary opportunity to deepen and enrich their understanding of Christian heritage in the MENA region. They were offered fresh perspectives on the various confessions of Eastern Christianity, and this caused them to examine and reconsider their preconceptions. 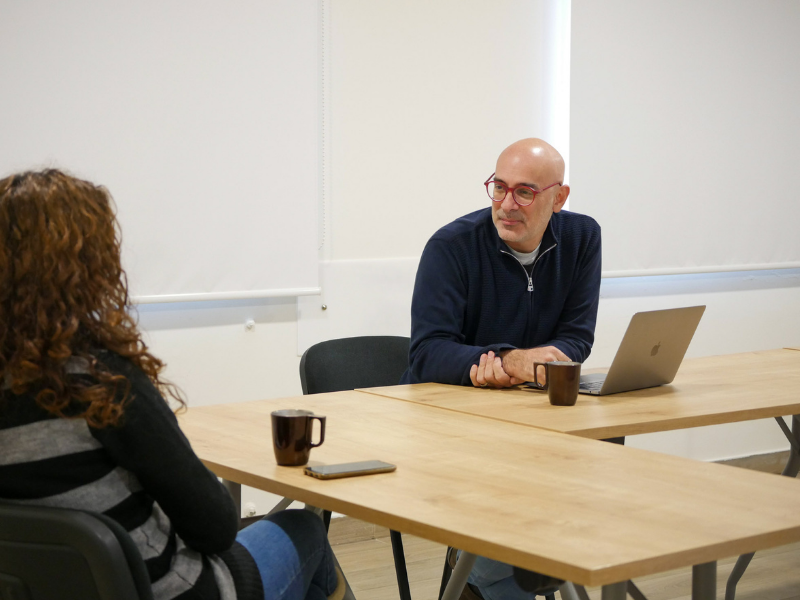 MRel student Sara from the US shared:

“A worn spiral notebook accompanied my every reading assignment, full of scribbled notes, questions and exclamations—my immediate reactions laid bare to be embarrassed about later as further study gave clarity to my narrow view. Aside from overturning my predispositions about iconography, I have also gained a much broader and healthier understanding of the historical—and living—Church through study of the Eastern traditions.”

“As someone who engages in the region on matters of religion and politics, the module has given me a stronger basis for building good relationships with bishops and archbishops, amongst others, from various MENA countries and Christian confessions, on foundations of respect and brotherly love. There have been points at which the religious, cultural and historical factors we're studying, relating to schisms, doctrinal appreciation, linguistic misunderstandings, relevant historic figures, and experience of persecution have stepped off the page and into conversations.”
Join us in prayer for our MRel students as they grow in their knowledge of Eastern Christian traditions and develop a better understanding of fellow Christians as they seek to faithfully serve God across contexts.
Read our February 2022 Newsletter
Subscribe to our monthly newsletter