February 2020 Newsletter: The Faith Once Delivered to the Saints

The Faith Once Delivered to the Saints

Students come to Lebanon for their MENA Christianity residency module.

“We believe in one God”, begins the Nicene Creed, stating the core tenets of Christianity, a symbol of the unity of the global Church.
Christianity is a numerical minority in this part of the world, and yet, the region has churches that date back to the first few centuries of Pentecost. That they have survived this long, preserving the fundamentals of the faith, certainly says something. God has kept their lamp burning, though subdued over the centuries, as a witness of His name. To understand Christianity in the region, one must study these churches and Christian communities that have been here long before the Crusades.
Our Master of Religion in Middle Eastern and North African Studies (MRel in MENA Studies) module, MENA Christianity, seeks to show the witness of God in Eastern Christian traditions and their incredible heritage that awaits rediscovery. Therefore, ministry workers who wish to serve God in the region will learn to listen, evaluate and appreciate these traditions reflecting the unity of the Triune God and bringing glory to Him as in Jesus’ prayer in John 17. In the words of Charles Malik[1] of Lebanon:


The end is not the glory of man or this or that culture or this or that Christian community. The end is the glorification by us sinners of Jesus Christ before all men. The end is, as Christ himself prayed, that all who believe in him may be one, to the end that the world – this fallen, miserable, struggling, groping, drifting, proud, disintegrating world – may believe that God the Father had sent him. I find reconciliation and unity the simplest thing in the world if only men love Jesus Christ above everything else, and fix only on his Cross and his Resurrection.


January 13 to 24 marked the students’ residency period. They had participated in online forum discussions and reflections during their ten-week pre-residency period. Having accumulated an extensive knowledge of the patristic writings of the Eastern Church, they were ready to witness its heritage firsthand. Coming from different parts of the world, students got to know each other on a more personal level and to gain insights from the lecturers in preparation for their module research project.
For instance, Zeina from Lebanon, who works with UNICEF, joined the MRel in October 2018. She says, “I want to link my studies in the MRel to issues of human rights, with a focus on children, in the region and Lebanon in particular. For this module, I think I will be doing a research on the position of women in the history of Eastern Christianity.”
The residency period included in-class discussions and seminars in addition to visits to different monasteries and churches across Lebanon and meetings with different Eastern Christian leaders. One student from the US, who is part of a missionary team and has been working on church planting in the Levant for almost a decade says, “This is my first residency. It was a good balance of intensive discussion and getting to know people.” He then explains his rationale for enrolling, “Recently, the Lord has led me not to only serve with non-Christians but to lead Bible studies and disciple new believers in a local church setting. I was drawn to the MRel program, but I waited for the Lord’s leading. I knew it would equip me to be better at my ministry on a much deeper level.”
>On January 21, students went to the North of Lebanon and visited three monasteries. The first was part of the Balamand University, the Orthodox Theotokos Monastery. In fact, “Balamand” derives from the French word “Belmont”, named by twelfth century Cistercian monks as their first monastery in the Levant. The destruction of the Crusader states by the Mamluks diminished the prosperity of Belmont, but it thrived again in 1603 as a Greek Orthodox monastery.
You enter through the ancient gate into a square interior court with two churches situated on the north and west. Spacious halls and vaulted cellars lie on the south and east. Its outer walls are dressed with limestone, its windows with old, wooden shutters. The short doors and secret hideaways tell stories of fleeing persecution.
“It makes me think more whether I am willing to sacrifice,” Tim from Belgium says. He has been in Zahle, Lebanon, for over a year. He and his wife work mainly with refugees through True Vine Church. They are involved in language teaching (both French and English), and they tell the people about Jesus. Tim adds, “The perseverance of the Eastern Church, their martyrdom and their refusal to deny Jesus encourages me in my own Christian walk. I now have a more informed appreciation of Eastern Christianity. It sets me up to be more sensitive to how people see things.”
In all the churches they visited, iconography was predominant. Icon is the Greek word for image. Icons are theological statements; they were teaching aids during long centuries of illiteracy. In a church building, the icons are on the icon screen (or iconostatis), on the walls and sometimes all over the dome-like ceiling. Like a picture book or drama, they tell the story of redemption from the Old Testament to the New Testament. The gold background symbolizes the glory of heaven, where men and women of faith are in God’s presence. The eyes are large because they look at God and not at the world.
At the end of their day, students lit one another’s candles and closed in prayer. Just as a candle loses nothing in lighting up another candle, we must love one another as Christ loved us.
“During the residency, we heard from different Christian traditions, and this broadened our perspective,” a new student from the US shared, “I think it is useful in trying to understand why different communities think a certain way about God. This program is a rare opportunity to have a guided tour of both Islam and Christianity with an intentionally balanced emphasis on the theoretical and practical. It is quite unique.” By the end of their residency, students realized that though they may not agree with all the teachings of traditional churches, they had much more in common than they thought, and there was much to learn from their legacy.
Let us pray for the continued presence and witness of Christian churches in the region knowing that He will preserve His Church. May Christ followers here remember to love their neighbor in word and deed so that others would see what God is really like.


[1] Charles Habib Malik (1906-1987) served as the Lebanese representative to the United Nations. He was one of the founders and president of the Human Rights Commission (1948) and the president of the thirteenth session of UN General Assembly (1958), a member of the Lebanese Cabinet, and a devout Eastern Orthodox theologian. He also helped with the drafting and adoption of the 1948 Universal Declaration of Human Rights. 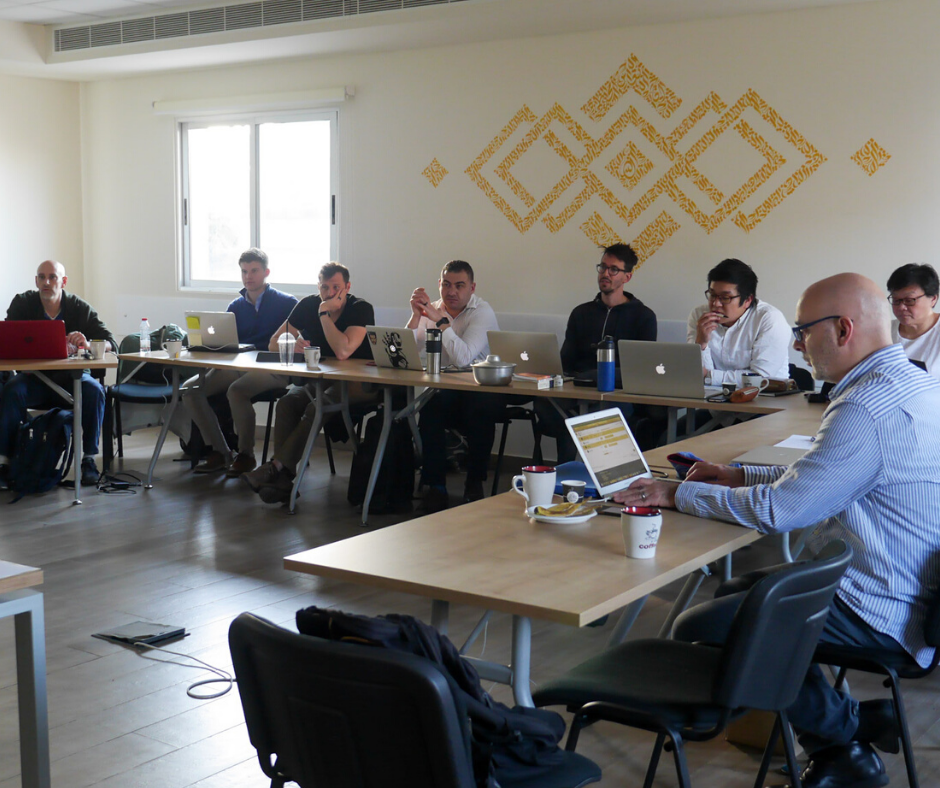 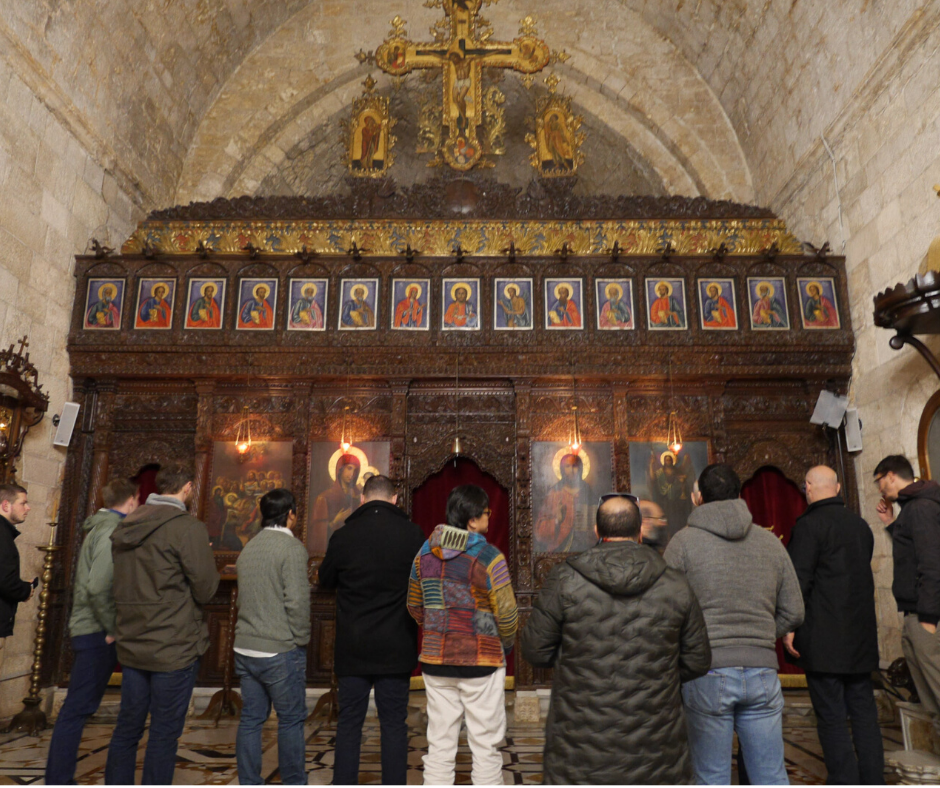 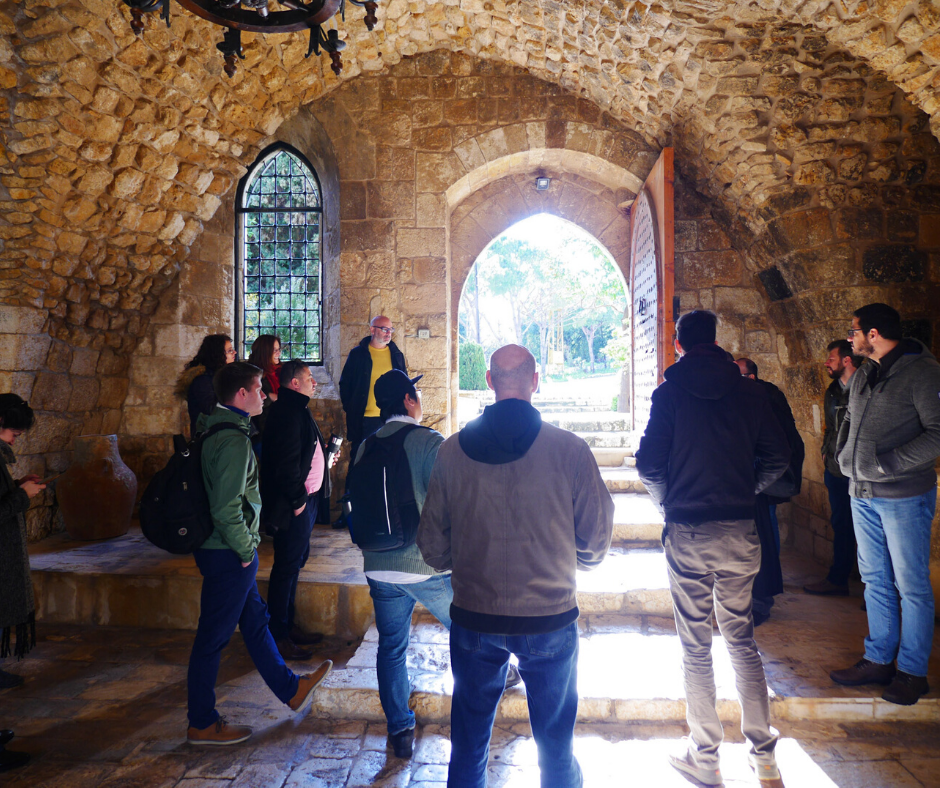