The Spiritual and Christian Life

The story of ABTS student Geylan from Syria

My husband, kids and I used to live in Aleppo. When the war broke out in 2011, we left Aleppo and took refuge in Afrin. In 2018, when the Turkish forces raided Afrin, and the war broke out there, my daughter started having epileptic seizures at the loud sounds of explosions. We had to flee Afrin and, once more, return to Aleppo. When my husband was about to be taken into mandatory military conscription, we fled to Lebanon.
In Lebanon, we came across a Kurdish speaking church service led by ABTS graduate Nabou Abbas. I was a non-Christian, but my husband had already begun attending the church. “You will feel so peaceful if you go,” he would tell me.
It was a struggle for me since I grew up believing that Christ did not die and rise again. After discussing the matter with my husband, we agreed that we would seek God together. We didn’t just want the truth revealed in a dream. We asked God to reveal it to us in a tangible way. The next day, my husband called me from work and asked me to go outside. It was around 3pm at that time, and yet, the sky was so dark!
We had seen how darkness fell upon the earth as Jesus died on the cross in a film about Jesus, so we both believed that this was a sign from God. We began to attend Bible studies at church, and as the pastor spoke about Jesus’ divinity, I could not accept his words. I didn’t share my concerns with my husband; I prayed alone. I was sure that God would reveal the truth to me.
As I prayed, I asked God why He had allowed us to go through wars and lose our home. I asked Him if Jesus was really God. Then, as I slept, I saw my spirit leave my body and ascend high up. As I watched my body from above, I saw a white object glimmering brightly. To my right, I saw a cross, and before me, I saw a tree. The names of the prophets were written on that tree. Then, I heard a voice say, “This is the cross on which my Son gave Himself for you. He is the Way, the Truth, and the Life. Follow Him.”
One Sunday, there was a celebration at a church that a non-Christian religious leader attended. After the meeting, the pastor honored the religious leader and gave him a Bible. While giving his thank you speech, he said that he didn’t fully understand the Kurdish language, but that he was happy to take the Bible and that all the nations of the earth should know the way of Jesus. Being a non-Christian myself, his words held much significance. All people should know Jesus, even the religious leader who uttered those words. 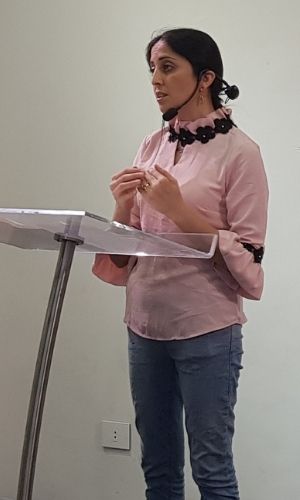 During one meeting, I asked my friend to pray that God shows me the meaning of the dream. She held my hand and as she said, “we are the salt of the earth”, that same vision flashed before me as I closed my eyes in prayer. I finally understood what that glimmering white object was. I saw that God wanted me to be the salt of the earth and to preach Jesus’ name to my people.
When we opened our eyes, I was smiling from ear to ear. “Were you laughing at me?” my friend asked, but I explained that God was showing me new things about what the dream meant. Whenever they prayed for me at church, the Lord showed me something new about the dream, and they told me that I was accepting the work of the Holy Spirit.
One time, I was praying to God because my brother was persecuting me. I was afraid. At the same time, I was sure that I would never give up my faith in Christ. As I was at church listening to songs of praise, Jesus erased my fears. As I closed my eyes, I saw Him approach me. He held my hand and helped me rise up. He placed a crown on my head, but I couldn’t see His face because it shined brightly. My clothes were so white, and I saw that my husband had a crown too and also wore white. Joy filled my heart. I knelt down at His feet, but He asked me to rise up.
This year, both my husband and I got baptized. Ever since coming to the faith in April 2019, my husband and I have come to love and understand one another better. I used to hold grudges towards others. Today, I have forgiven my brother who is still opposing me. If the Father so freely forgave us, who am I not to forgive others? God used me to share His love with others. I am praying that, by next year, my parents and parents-in-law would have come to know Christ.
I am currently part of Resurrection Church Beirut and attend their Kurdish Church. I used to serve kids, then I began to lead two home groups, and currently, I am leading six home groups. I decided to study theology at ABTS so I could better share God’s word with my people. Studying theology has improved my ministry to children and home groups. It improved my understanding of Scripture and helped me serve more effectively.