A Time of Fellowship in the Lebanese Mountains

We Decided to Stay Because the Need Was Growing

“Where there is no vision, the people perish,” the Bible says in Proverbs 29. We are thankful for our faculty who work hard toward fulfilling our shared vision of seeing God glorified, people reconciled, and communities restored through the Church in the Arab world by training faithful men and women for effective service. We are also thankful for Kees from the Netherlands, an Assistant Professor of Systematic Theology and teacher in our Master of Religion program, and who joined us this April. In a recent interview, Kees shared about his calling and ministry at ABTS. As you read his words, we pray that you rejoice in God’s work through him.

What made you decide to study theology?

I started studying econometrics, which is the mathematical variant of economics. Though I obtained a Bachelor in that field, I had begun to see, throughout my time of study, that econometrics was not the area where I wanted to spend the rest of my life. I did enjoy it, but I saw that I did not have the same objectives and dreams of the people in the field. I desired to do something meaningful to me and to serve the Church, so I began to study theology, and I kept on doing so until I got my PhD in Systematic Theology from the Protestant Theological Seminary, Amsterdam.
Growing up, theology always captured my interest. My father was a theologian, and I had a few friends who were studying theology. I thought there was a lot of theological confusion among people, and since God gave me a desire to study theology and good concentration skills, I thought it would be good to use my talents in this field.

When did you get the calling to serve overseas?

At first, I thought of pastoring a church in the Netherlands, but once the idea got clearer between 2009 and 2010, I sought to serve the Church in a different part of the world. One year later, when I met my wife, we had that conversation from the very start, and we were on the same page.
When I was young, an old missionary in my congregation influenced young people, including me, to care for mission and the worldwide Church. At that time, I started reading the biographies of several missionaries, and somehow, the idea filled my heart and mind. When I began to study theology, I began to give it serious thought.

Was Lebanon the first country on your mind?

No, for a very long time, my wife and I had no clear idea where we would go, so we had discussions with GZB, the organization we are with now. In September 2019, they asked us if we would be willing to think about Lebanon. Back then, we were told that Lebanon was a relatively stable country in the region, and soon after, the revolution started here. Regardless, we visited last year in February just before the pandemic, and then, it was clear to us that we would be serving here.

What made you decide to stay with everything that is happening in the country?

We knew when we decided to come to Lebanon that things were not likely going to get better in the near future. The needs here were growing and not diminishing, and that is exactly why we needed to stay. We had to learn to be a bit more flexible than we used to be in the Netherlands because anything could happen.
In the dark weeks of August, in which we felt most people around us were losing hope with the extended power cuts and growing lines at the gas stations, we felt that just our presence here was a sign of hope for some people. That was wonderful because, at that stage, we weren’t yet sure how we can be fruitful in the country. Once, during the fuel crisis, as I waited in a long queue of cars at a gas station, a woman who had just left the gas station drove back to where I was. She rolled down her window and thanked me for staying in Lebanon because that gave her hope. Perhaps, sometimes, God uses small things.

How is your experience teaching in the MRel program so far?

I love doing this. I am now in the midst of my first elective course. My initial experiences are wonderful, and the students are very motivated. I am offering a course on the relationship between prayer and providence. I assigned the students a few texts, which offer different perspectives on the old tension around the idea that God is unchanging and the conviction that prayer makes sense.
The Master of Religion students are all over the world, so it’s interesting to hear their different standpoints. In general, the students are very prayerful and have a very traditional understanding of God’s immutability, which for me, is interesting because modern theologians find that it makes no sense to ask change from an unchanging God.
This is my first time teaching a course online. Since students are in different parts of the world, we have no synchronous classes. I try to meet them one on one virtually just to get to know them better. I had to develop a new set of skills for video lecturing, and I certainly have to think outside the box.

Why is theological education important for the Church in the region?

One of the main themes you see in the Bible is that God really wants us to know Him. What I see in churches around the world is that there often is a bit of distance between the things we say we believe and the way we practice our faith. Our practices can correct our beliefs, but oftentimes, it is our beliefs that have to change the way we do things.
In order for a church community to grow in faith, they need to be educated themselves, but they also need leaders who know how to study the Bible and know about the traditions of the church. So, if at ABTS, we are able to educate these kinds of people that are in the practice of the church but are also able to reflect on it and its surrounding community, this would be an amazing resource for the Church in the Arab world.
Join us in prayer for Kees and all our faculty members who are passionate about serving the Arab Church in the region. 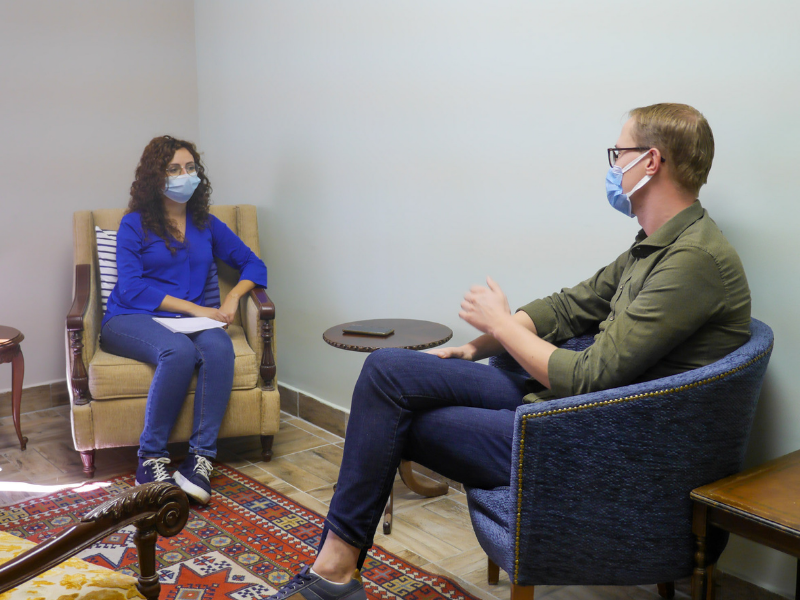 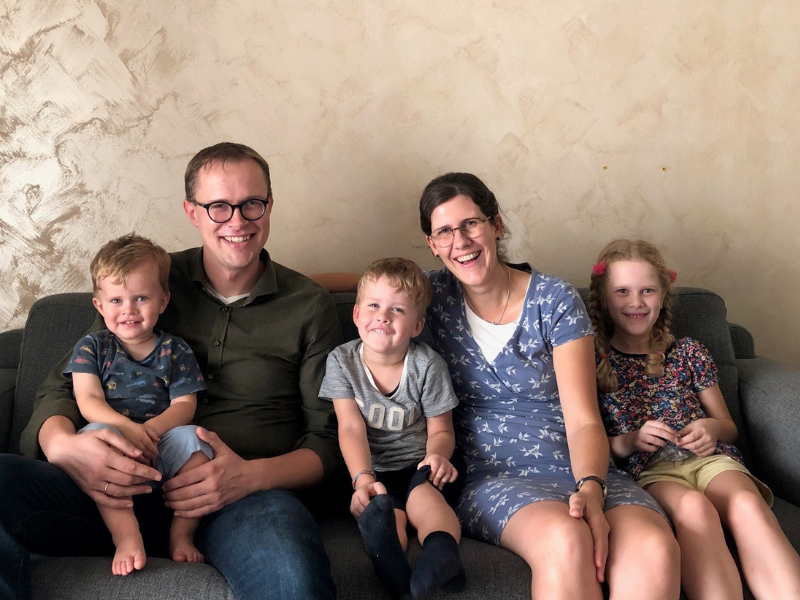 Kees with his lovely family 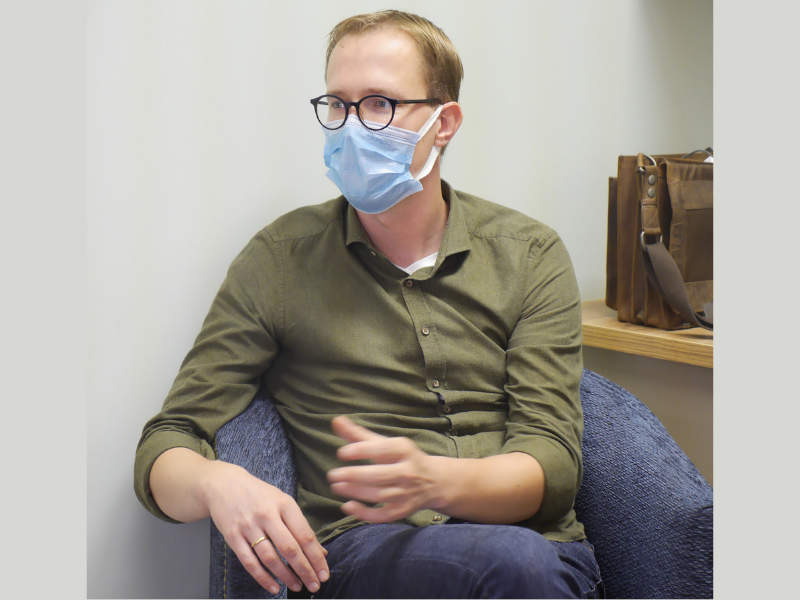 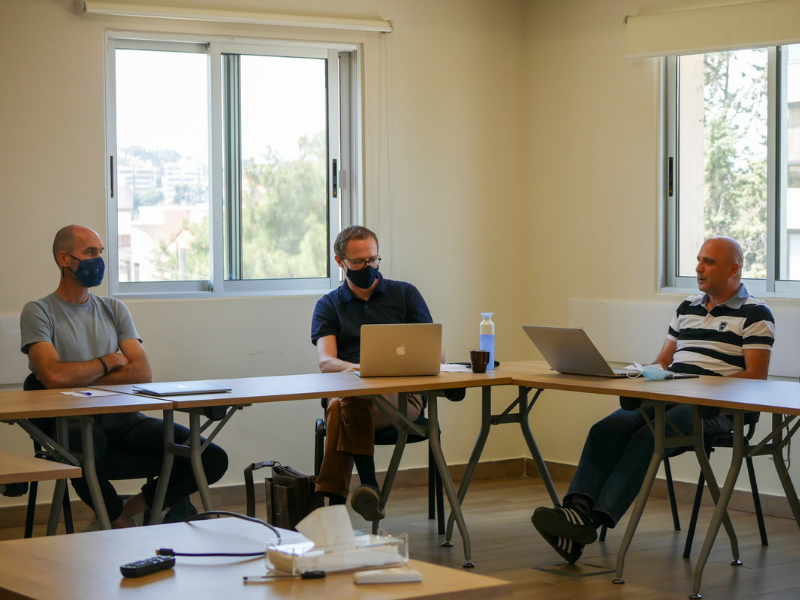 Kees during a faculty meeting

Read our October 2021 Newsletter
Subscribe to our monthly newsletter